Litian Pictures Holdings Limited (Stock Code:9958) was successfully listed and commenced trading on the Main Board of The Stock Exchange of Hong Kong Limited (“SEHK”) today.

Litian was established in 2013, and is primarily engaged in the business of licensing the broadcasting rights of self-produced and outright-purchased drama series. In addition, Litian is engaged in other businesses, which include (i) selling drama series scripts; (ii) acting as a distribution agent of the broadcasting rights of TV series; and (iii) investing in drama series in which Litian act as a non-executive producer. During the Track Record Period and up to the Latest Practicable Date, Litian have invested and produced seven TV series and one web series covering a wide range of genres in which they acted as the executive producer. The Group also distributed 32, 43 and 45 drama series (including both self-produced drama series and drama series they purchased outright from third-party copyright owners/licensors) for the years ended December 31, 2017, 2018 and 2019, respectively. The drama series Litian distributed were generally broadcast on well-known satellite TV channels and leading online media platforms in the PRC during the Track Record Period.

As the only major integrated financial communications company in the world that is listed on the HKEx, Wonderful Sky will continue to provide a "one-stop” and ten-in-one prime financial public relations services, including financial public relations, investor relations, international roadshows, financial printing , corporate branding, ESG report, asset management, corporate doctor, Compulsory and Commercial Insurance and headhunting program. “Your Success is Our Inspiration” is the motto of Company's Group, by which we strive to become the select partner of listed companies for the long term by offering customized and professional services to Company's clients. 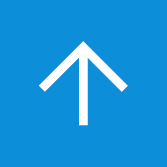